Lesson 7: Prefixes, suffixes and construct form
Wow! Hey! (step 2 of 9)
Add-on letters
I might describe the content of this lesson as John describes the old/new commandment in his first epistle. Beloved, I am writing you no new lesson, but an old lesson that you had from the beginning. The old lesson is the prefixes and suffixes that you have learned. At the same time, it is a new lesson that I am writing to you. That is as much as to say, there are lots of important pieces to formally cover for the first time in this lesson, though you have seen them all many times before in this course.
Hebrew has a wonderful way of expanding a thought through the addition of prefixes and suffixes. In terms of meaning, these prefixes and suffixes can be understood to be distinct words, something that distinguishes them from the prefixes and suffixes that get added on to verbs and nouns as they are inflected. Yet, they are still prefixes and suffixes added on to other words—not full-fledged words that can stand alone (with the exception of two prefix prepositions, which we will discuss in the upcoming steps).
As you have likely observed, this course conveniently color-codes the different types of prefixes and suffixes.
types of prefixes and suffixes
The only types of prefixes and suffixes with significant variety are prefix prepositions and pronoun suffixes. We will cover these in depth in the steps that follow, along with the relative prefix. As for the rest, they really come down to a little extra hey! (i.e. ה), wow! (i.e. a common pronunciation of the letter ו) and noon (i.e. final נ).
ו conjunction
The only prefix conjunction in Hebrew is the conjunction ו. As noted way back in lesson 2, this prefix is found over 50,000 times in the Hebrew Bible—that is, everywhere. Its simplest meaning is “and,” though in reality it is a general connector that can mean a great variety of things. But, or, that is, while, when, if, then, for, that, though, surely, and even to name a few. Context, of course, is the determining factor.
ה prefix
Indeed, the letter ה can do a great many things! In lesson 3, we already discussed a very common usage of ה—as the definite article prefix. You will recall that the definite article (the word “the” in English) is not a separate word in Hebrew, but rather the prefix ה. It is almost as simple as that. The only minor complications relate to how this article prefix works with construct chains and adjectives—things we will focus on a bit later on in the course.
Less commonly, a ה prefix at the beginning of a sentence or phrase can also be functioning as an interrogative. That is to say, it will turn a statement into a question. In English, we often do this with words like do, does and will. “He likes pizza” is a statement, whereas adding on the word “does” to the beginning makes it a question—“Does he like pizza?” 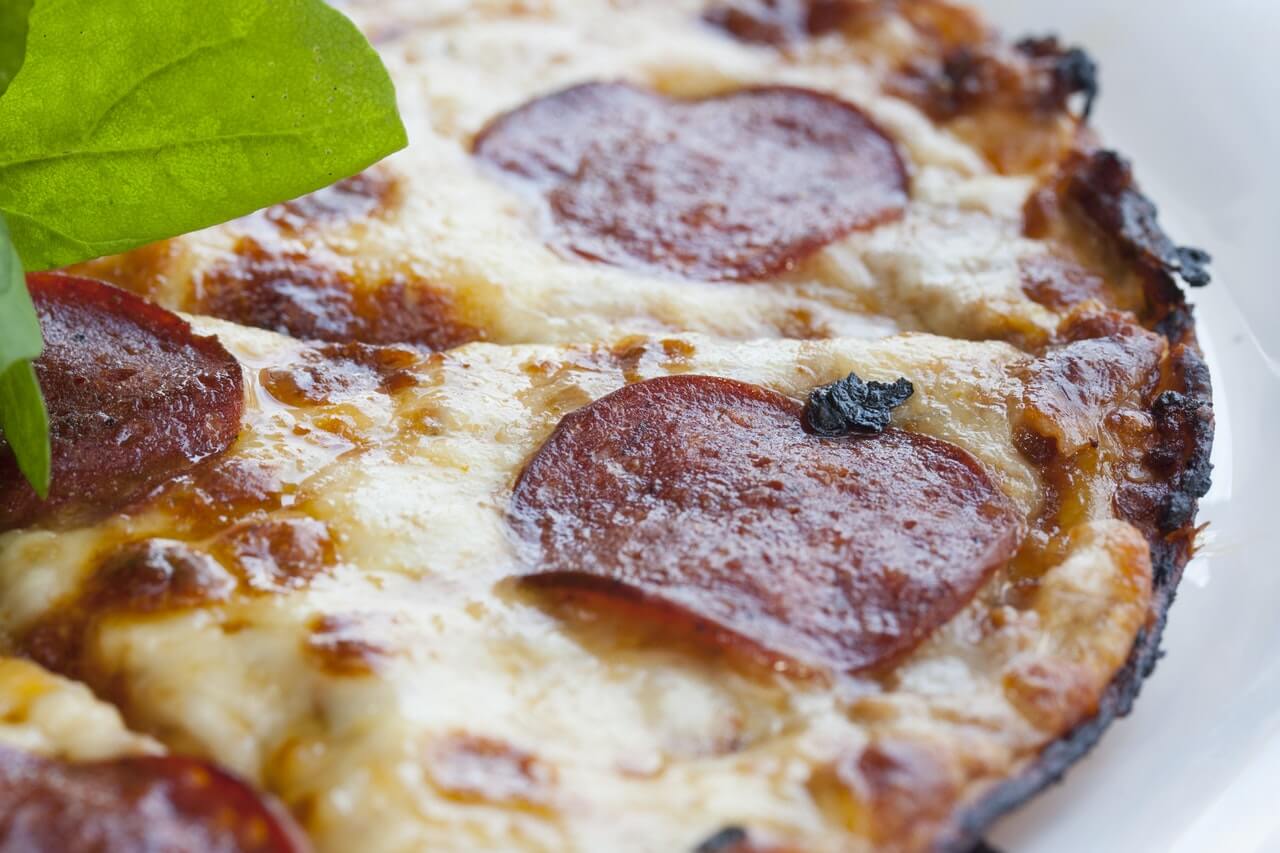 Link
Now, the double use of the ה prefix for two distinct functions might seem problematic to you, as it would cause ambiguity. But the reality is that, if you know the rest of the words in the sentence, it is usually very easy to discern which ה prefix is intended.
ה (and ן) suffix
The letter ה can also be added on to the end of a word and, in so doing, add on to its meaning. The first way it does so is as a directional suffix. We do not have anything like this in English, but it is not hard to understand. As you can see in the chart above, words of location like אֶרֶץ (earth, land, ground) can receive this suffix when that location is where you are headed—אָרְצָה (to the land/ground).
A second function of a ה suffix is called “paragogic.” This is a fancy word meaning to lengthen. And that is really all it does. It is an add-on letter that has no definite effect on the meaning (though some suggest it adds emphasis.) And besides paragogic ה’s, words can also take paragogic ן’s.
Finally, a ה at the end of a word can also be a 3fs pronoun suffix—something covered in a later step.
So, unlike the ה prefixes, it can be difficult to distinguish the meaning of a ה at the end of a word. Is it a perfect 3fs? Or perhaps a 3fs pronoun suffix? Maybe its a directional suffix? Or is it a paragogic suffix, added simply to keep me on my toes? Your ability to answer these questions will only come with experience in the text.
Genesis 37:10; Ecclesiastes 1:17
And you can begin practicing right now. Can you find and identify all the prefixes and suffixes in the two verses below? (Hint: the words in the chart above were taken from these two texts.)
וַיְסַפֵּר
אֶל
אָבִיו
וְאֶל
אֶחָיו
וַיִּגְעַר
בּוֹ
אָבִיו
וַיֹּאמֶר
לוֹ
מָה
הַחֲלוֹם
הַזֶּה
אֲשֶׁר
חָלָמְתָּ
הֲבוֹא
נָבוֹא
אֲנִי
וְאִמְּךָ
וְאַחֶיךָ
לְהִשְׁתַּחֲוֺת
לְךָ
אָרְצָה׃
וָאֶתְּנָה
לִבִּי
לָדַעַת
חָכְמָה
וְדַעַת
הוֹלֵלוֹת
וְשִׂכְלוּת
יָדַעְתִּי
שֶׁגַּם
זֶה
הוּא
רַעְיוֹן
רוּחַ׃
Next, we dive in deeper to prefix prepositions.
Biblearc app Path Courses Courses Learning Resources Login / Free Account Subscription
Glories Authors Groups Donate Gift certificates Ownership, thanks, copyrights and terms