Lesson 3: Verbs—imperfect
Sequential-imperfect (step 7 of 9)
A very common special verb construction
In lesson 2, We saw how a ו + perfect could create a sequential-perfect construction in which the aspect is flipped to imperfect and a further step in the sequence is indicated. Almost the exact same thing happens with the imperfect.
When a ו conjunction is prefixed to an imperfect form, the result is usually a sequential-imperfect (also called a wayyiqtol). The effect is that (1) the aspect is flipped to be a perfect aspect, and (2) we understand that the message of the text is advanced a step forward. This construction is extremely common. The reason being that so much of the Hebrew Bible consists of narrative. And in narratives, one thing happens after another thing after another thing. This progression in the narrative is most often expressed by use of the sequential-imperfect.
The big difference between the sequential-perfect and the sequential-imperfect (besides them being opposites) is that the sequential-imperfect does in fact take on a slightly different form than a “normal” ו + imperfect. That difference in form is seen by an a-class vowel underneath the ו.
קָרָא
734x
call, read (verb)
qal sequential-imperfect for קָרָא
Note the patach underneath the ו in all forms but the 1cs where it is a qamatz (both being a-class vowels). If this were a normal ו + imperfect in which it was not sequential and the aspect was not flipped (i.e. not a sequential-imperfect), then you would find a וְ.
Weak form: א as first letter in the root
By far the most common sequential-imperfect you will find in the Hebrew Bible is the qal form of אָמַר (appearing 2,327 times!). The presence of א as the first letter of its root causes its vowels to inflect a bit differently. (Another common qal sequential-imperfect with an א as the first letter of its root is אָכַל.)
**Note: אָמַר and אָכַל inflect in similar fashion when appearing as a simple imperfect as well.
qal sequential-imperfect for אָמַר
אָכַל
810x
eat (verb)
44x
אֹכֶל food (noun)
from the same root
2x
מַאֲכֹלֶת fuel (noun)
from the same root
Mainline and offline clauses
That's it—only two modifications of two distinct forms for aspect. Compare that to the twelve verb tenses in English!
But you may ask the question of what the difference in meaning is between the appearance of a sequential-imperfect versus a normal perfect. Or what the difference is between the appearance of a sequential-perfect and a normal imperfect.
One difference we have already noted is that the sequential construction is a step forward in the flow of the text. So naturally, a text full of sequential verbs that is interrupted with a normal, non-sequential verb, is often doing so to indicate an aside to the discourse. For example, when we are reading a narrative passage full of sequential-imperfects, and suddenly meet a simple perfect, we should expect this perfect to be shooting off from the progress of the story to share background information, a clarification, a surprising reality or the like. This dynamic can be noted by terming clauses that begin with sequential verbs as “mainline” and those that do not as “offline.”
וַיְהִי־אוֹר
Think back now to the devotional video at the beginning of this lesson. There, we saw this phrase which you can now identify as a sequential-imperfect—“and there was light.”
That being said, you can see that there is something a little strange about the form here—the final ה of the root הָיָה has dropped off. This in no way changes the meaning, but is simply something that happens from time to time on verbs with a ה for a final letter in their root. 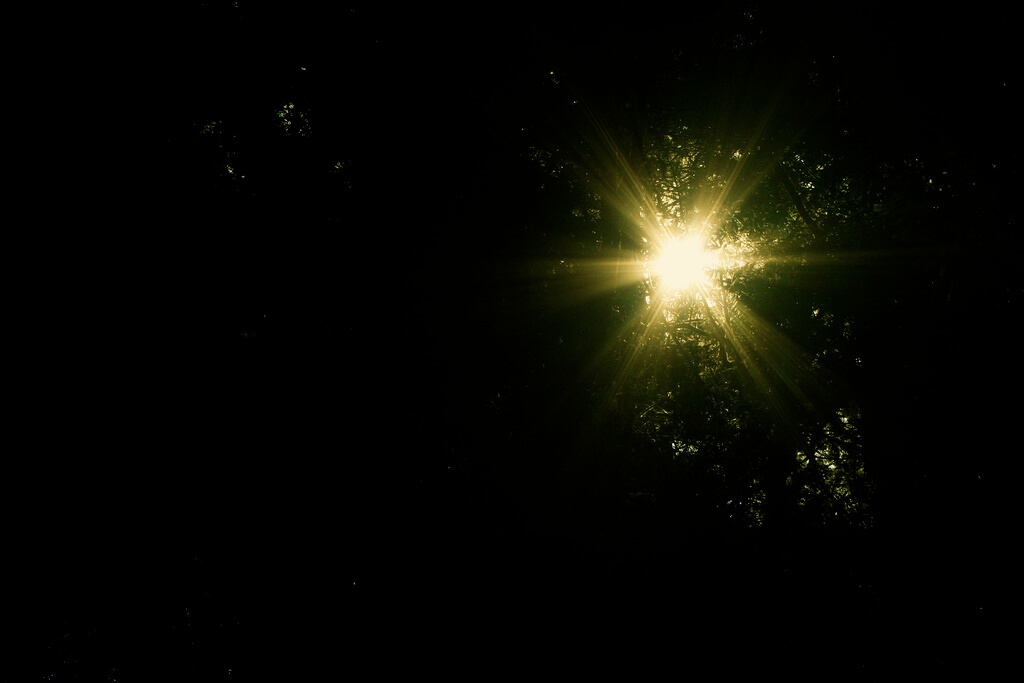 Image by The Wandering Angel Link
In the next step, we will read through a text full of sequential-imperfects, along with a few offline clauses as well.
Biblearc app Path Courses Courses Learning Resources Login / Free Account Subscription
Glories Authors Groups Donate Gift certificates Ownership, thanks, copyrights and terms